I don’t really fancy celebrities. Yea, when you’re in New York you get to see famous people on the streets but to me it’s not a ‘big thing’ seeing or meeting celebrities.
Especially not if that means I have to wait in lines or huge crowds to be able to meet one.

There are a few though that I wouldn’t mind bumping into. One of them is my all time favorite black man; Taye Diggs. He was at a book signing in NYC September 28, just a few hours before I headed back to Denmark. So I wasn’t able to see him. That’s sad – ’cause I dig him! (Got it?)

But besides from him there’s a few others that have inspired me. Amongst them is Paul Auster. I read the New York trilogy and wrote a 30 page analysis of it a few years ago. Besides the obvious that it’s about New York I really love the way he writes.
So when I had the opportunity to go watch the movie Smoke following a Q&A with him I bought the ticket in a heartbeat!

I was so excited I didn’t care that I had to go alone. So Monday the 19th I took the G train to Fulton st in Brooklyn. 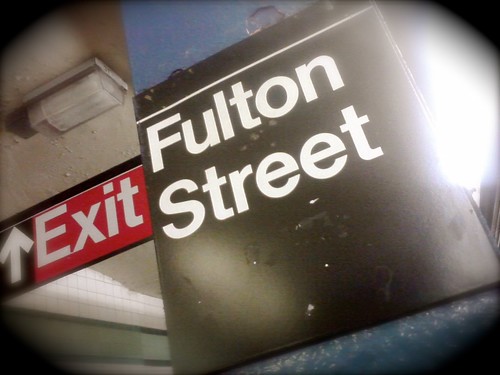 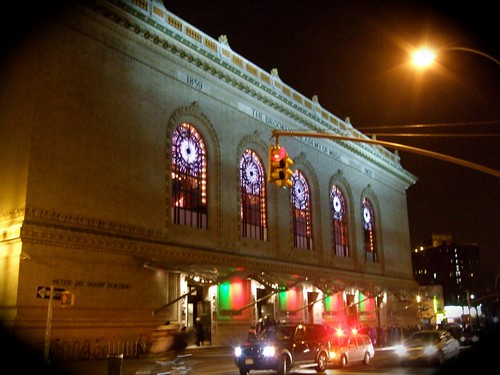 After I bought a cup of coffee I headed straight to the hall and sat down in the front row – completely ready! I didn’t understand why there wasn’t a lot of people though and then the movie started. But it wasn’t Smoke. I realized in all my eagerness I had walked into the wrong hall – so I quietly hurried out and into the right hall which was PACKED and the movie was already showing! I had to walk all the way to the front to find a seat — but I got a good seat and I enjoyed the movie very much.

After the movie Paul Auster appeared (actually he was standing right next to me until he got introduced) and I was like a sponge in a bucket of water!
A lot of people asked him questions and I really wanted to too but I did what I always do — Waited and introduced myself afterwards. We had a 7 second conversation but it was worth it! He now knows my name, that I’m from Denmark, that I love his books and I live in Forest Hills. And I know he’ll be going to Spain in February!

Here’s the best shot I got of him (lousy camera) the guy blocking the view is a producer of the movie, Peter Newman. 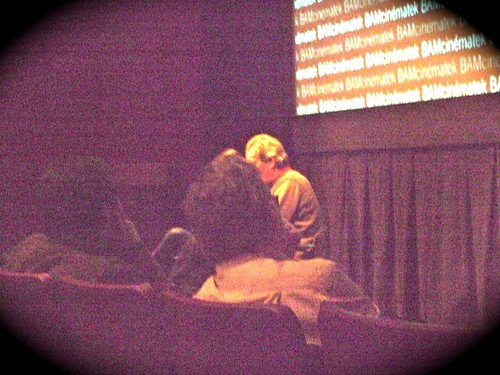 While I waited for the train home, I was thinking what a lovely way to spend a Monday night in NYC! Not only didn’t it involve the usual ‘going-out’ with restaurants, drinks and food! I was also entertained, though on my own – and went home with a great experience of meeting one of few people I really wanted to meet – And I only spent $13 on the ticket. Plus $2.50 for the coffee! Doesn’t get much better than that … And then the G train came 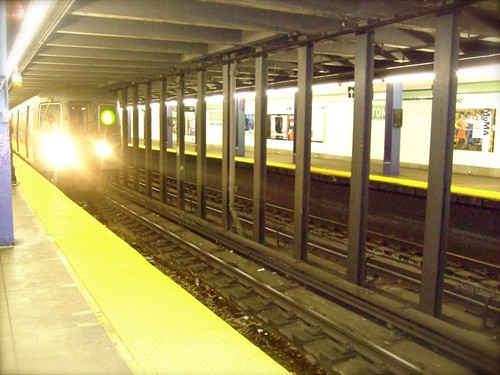